Prizewinners of the «International Classical Bridge 2021»

ICF «International Music Bridge» at the initiative of the founder Oleksii Saranchin and R.Glier Kyiv Municipal Academy Of Music will connect the most gifted young musicians from all over the world in a global event.

«International Classical Bridge 2021» is an international online competition that brings together talented young musicians from all over the world through classical music and is an important step forward the professional future of each participant.

A star jury from Croatia, Georgia, Latvia, Switzerland and Ukraine gives participants the opportunity to express themselves internationally and compete among the most talented young people from around the world, establish professional linkages within other countries and build a real star bridge into the musical future.

The competition aims and objectives 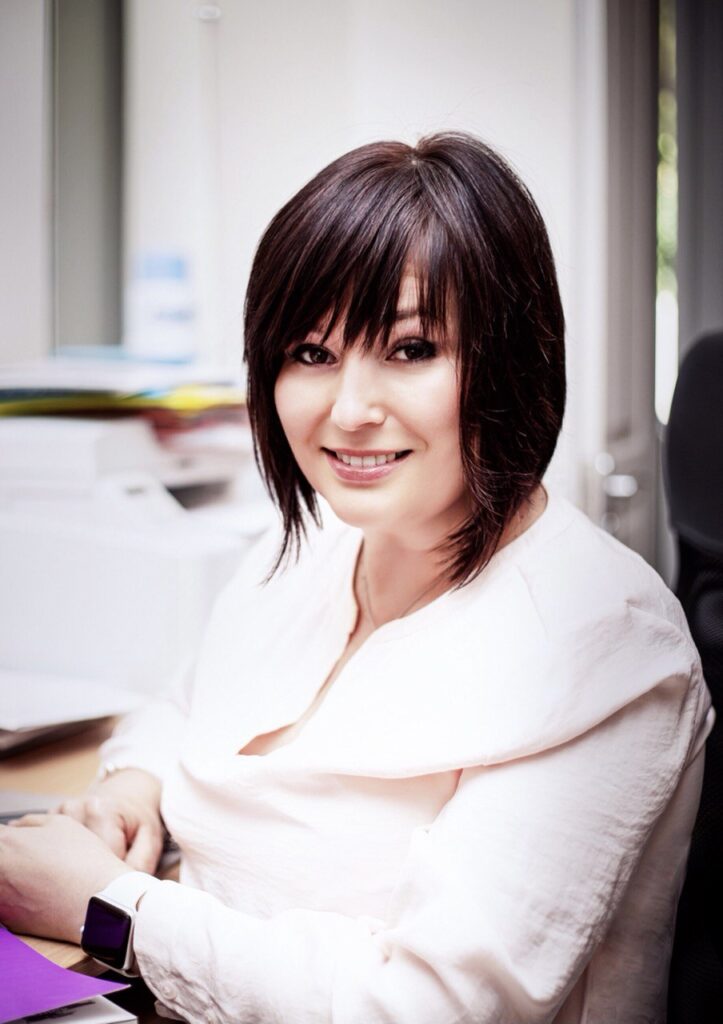 Iryna Polstiankina – pianist, Honored Artist of Ukraine, Executive director of the International Competition of Young Pianists in Memory of Volodymyr Horowitz and President of International Charitable Fund of Vladimir Horowitz competition. Head of the educational and methodical department, associate professor of the faculty of musical art of the R. Glier Kyiv Academy of Music.

She has been a juror for national and international competitions: National preselection for the classic Eurovision (Ukraine), «OPEN MUSIC.PIANO» (Ukraine), Viseu International Piano Competition (Portugal). 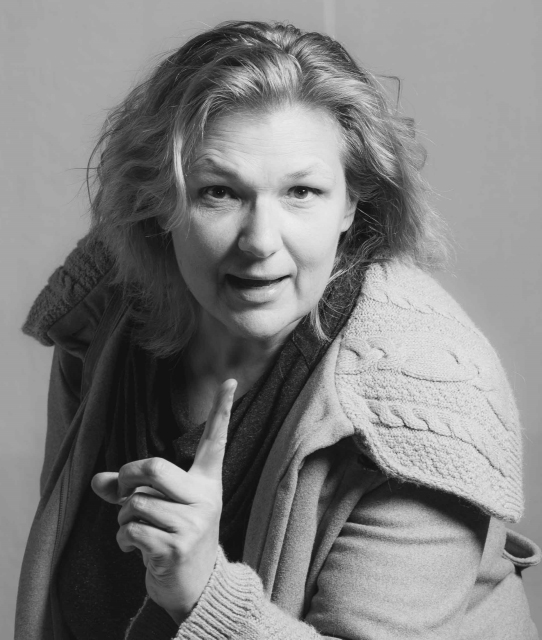 Sanja Drakulic graduated in piano from the Music Academy in Zagreb. She studied musicology, organ and composition at the École Normale de Musique A. Cortot in Paris, the Hochschule für Musik und Darstellende Kunst in Vienna, the Academy of Music in Zagreb (S. Horvat) and at the Tchaikovsky State Conservatory in Moscow (A. Pirumov, Y. Boutsko), winning the Master of Fine Arts degrees. Drakulic was awarded numerous prizes for compositions in Croatia and all over the World.

Sanja Drakulic is a professor of composition at the J. J. Strossmayer University of Osiijek and active participant of international educational programs for young performers and composers. 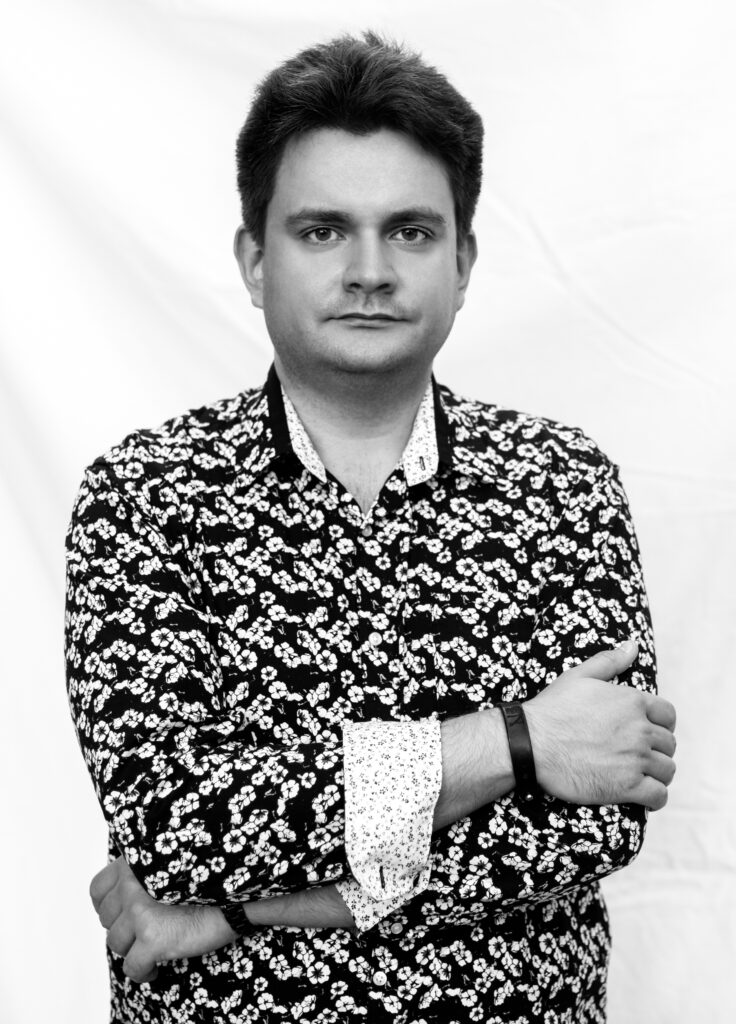 Roman Lopatynskyi is member of the Heidelberg Festival Academy 2017.

He is a regular guest of renowned international concert halls and festivals such as Ginza Hall, Tokyo, Steinway Hall, New York, the Mariinsky International Piano Festival, St. Petersburg, the Next Generation Festival in Bad Ragaz, Switzerland, the Festival Heidelberger Frühling and shared successful collaborations with the National Symphony Orchestra and the National Philharmonic of Ukraine, the Tokyo Symphony Orchestra, the German Radio Philharmonic Saarbrücken, Arena di Verona Orchestra  and the Filarmonica del Teatro Comunale di Bologna. He also had a debut in Musikverein and Konzerthaus, Vienna.

Roman Lopatynskyi started to play the piano at the age of five and already won his first special price, the Silber Bell Ukraine, after three years. In 2009 the young pianist entered the class of Boris Petrushansky at the International Academy Incontry col Maestro in Italy. In the same year, he started studying with Sergii Riabov at the Tchaikovsky National Music Academy of Ukraine.

Violinist Andrii Pavlov is a bright representative of the young generation of Ukrainian musicians.

In 2017 he has been awarded the Levko Revutsky Prize of the Ministry of Culture of Ukraine.

Since 2015 Andrii joint the teaching position at the Glier Municipal Academy of Music in Kyiv.

Andrii is a concertmeister of the New Era Orchestra and member of the Nota Bene Chamber Group.

Denis Severin graduated from the Moscow State Tchaikovsky Conservatory, where he studied under professor Dmitry Miller. Сontinued his education under professor Daniel Grossgurin at the Geneva University of Music, professor Thomas Demenga at the Music Academy of Basel and professor Christophe Coin at the Schola Cantorum Basiliensis (Switzerland).

He regularly participates in international festivals in almost 20 countries of the world. He performs in the best symphony halls in the world.

Denis Severin is a professor of cello at the Geneva University of Music and the Bern University of Arts (Switzerland), where he teaches cello as a major, baroque cello as a minor and chamber music. Regularly gives summer master-classes in Germany, France, Poland, Russia, Georgia and Brazil.

He has records for famous labels, some of them were nominated for Grammy: Naxos Records, Sony Music Entertainment, Musikproduktion Dabringhaus und Grimm.

He has the archival recordings for radio and television in Germany, Poland, France, Switzerland.

Co-founder of the author’s project «ARFAtecture» where she presents and promotes the harp chamber music.

She studied at the R.Glier Kyiv Municipal Academy of Music and at the Ukrainian National Tchaikovsky Academy of Music. She earned a master’s degree at the Tbilisi State Conservatoire.

Laureate of international competitions «I.C.M.U» (Odessa 2011, I prize), «Chamber music competition» (Tbilisi 2015, I prize) and others.

Konstantin Timokhin received his musical education at Kyiv Lysenko State Music Lyceum (class of teacher A. Kirpan), where he studied French horn, violin and piano. He is a graduate of the Kyiv Conservatory (class of Professor N. Yurchenko) and Conservatoire de Musique de Genève, which he graduated with honors in the class of Professor Bruno Schneider (French horn). The next step in his musical education was studying at the Zurich University of the Arts under the direction of David Johnson, from which he successfully graduated and received another diploma as a solo artist. Konstantin took additional courses on playing the baroque and natural French horn in the class of Glen Borling.

Konstantin Timokhine won the first prize of both the International Horn Competition in Minsk (Belarus) and the Competition CNEM Riddes (Switzerland).

At the age of 17 the virtuoso soloist made his debut with the Ukrainian Youth Orchestra on a concert tour in Japan.

Konstantin Timokhin has an international career performing with symphony and chamber orchestras, including the Colorado Quartet (USA), the Fidelio and the Ensemble Contrechamps in Geneva, the YOFIN Baroque Ensemble in Zurich. He performed with Cecilia Bartoli in her Grammy-winning “Sacrificium” program.

Habitually he plays as solo hornist in the Orchestra Ensemble Kanazawa (Japan), with the Musiciens du Louvre under Mark Minkowski (France) and the Giardino Armonico (Italy) under Giovanni Antonini.

Konstantin Timokhine has recorded for several prestigious labels such as Sony and Naïve, as well as for various radio stations. 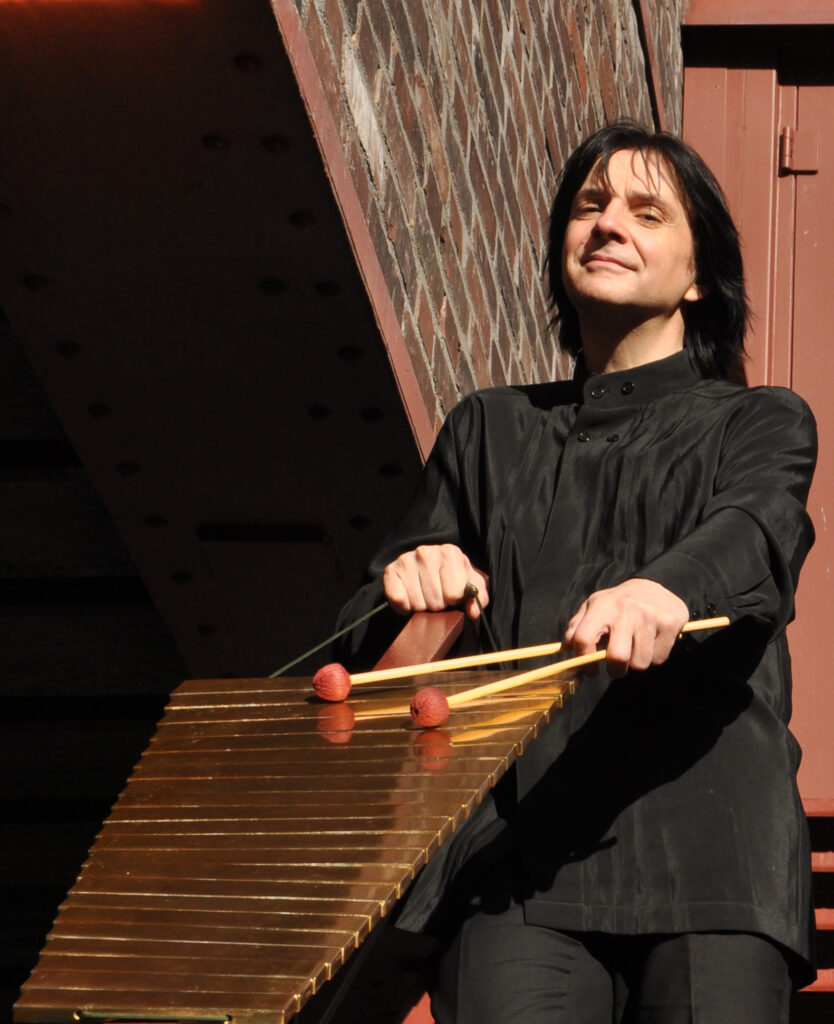 Soloist of Kremerata Baltica Chamber Orchestra created by world-famous violinist Gidon Kremer. As a soloist he performs in numerous concert halls all around the world, including Carnegie Hall in New York, Albert Hall in London, the Musikverein and Konzerthaus in Vienna, Concertgebouw in Amsterdam, Elbphilharmonie in Hamburg etc.

Since 2013 he is endorser and the official performer of Majestic Percussion™ and Innovative Percussion™.

The competition is held by age categories:

Category A (age range from 6 to 9 full years at the time of the competition);

Category B (age range from 10 to 14 full years at the time of the competition);

Category C (age range from 15 to 19 full years at the time of the competition).

Grand Prix – Grand Prix Winner Diploma and cash prize in the amount of US $1000.

«The Audience Award» – Diploma and cash prize in the amount of US $100.

Category A (age range from 6 to 9 full years at the time of the competition):

І prize – Laureate Diploma and cash prize in the amount of US $300;

II prize – Laureate Diploma and cash prize in the amount of US $200;

III prize – Laureate Diploma and cash prize in the amount of US $100.

Category B (age range from 10 to 14 full years at the time of the competition):

І prize – Laureate Diploma and cash prize in the amount of US $600;

II prize – Laureate Diploma and cash prize in the amount of US $400;

III prize – Laureate Diploma and cash prize in the amount of US $200.

Category C (age range from 15 to 19 full years at the time of the competition):

І prize – Laureate Diploma and cash prize in the amount of US $700;

II prize – Laureate Diploma and cash prize in the amount of US $500;

III prize – Laureate Diploma and cash prize in the amount of US $250.

Special prizes from our partners, sponsors are also prepared for the participants.

More information can be found at 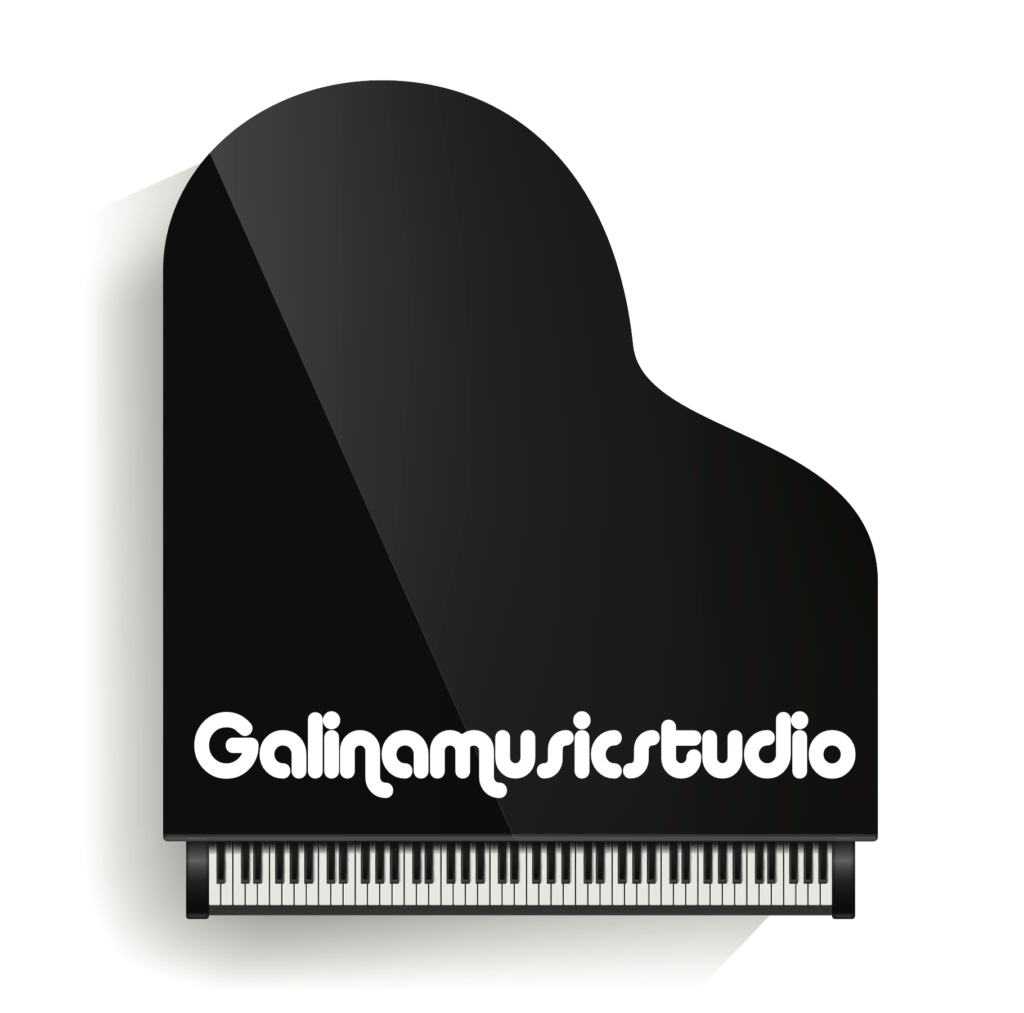 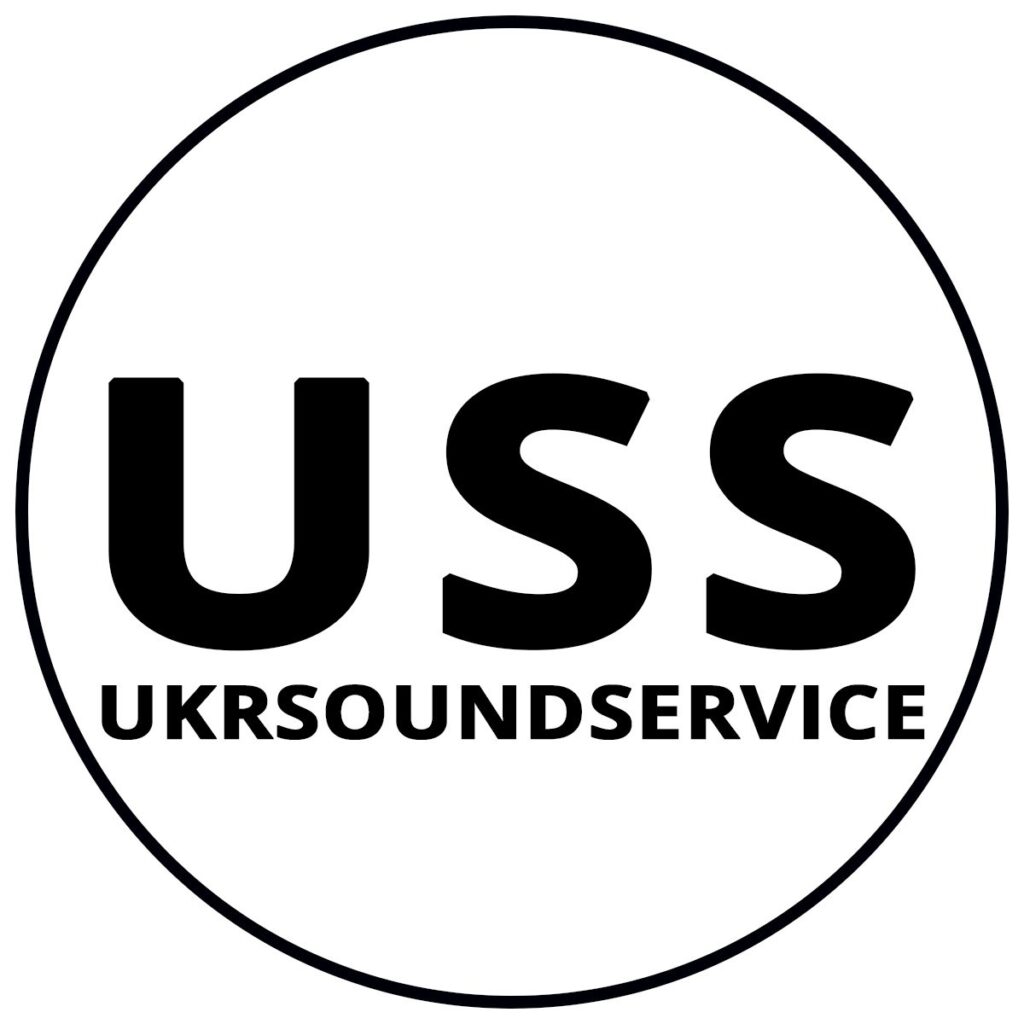